White Patches are a result of dead cells trapped under the skin surface. The most common reason for White Patch is tinea versicolaor (TV). This fungus makes the skin, dry scaly and itchy, which can make the spots appear in shades of pink, red and brown. Homeopathy has the best treatment for White Patches and Doctor Bhargava formulations are a result of techniques perfected over 100 years of practice. It is more noticeable in people that have dark skin or tanned skin and are usually not a cause for concern. If you are looking for the best Homeopathic Medicine for White Patches then Doctor Bhargava natural remedy provide you the best solution. 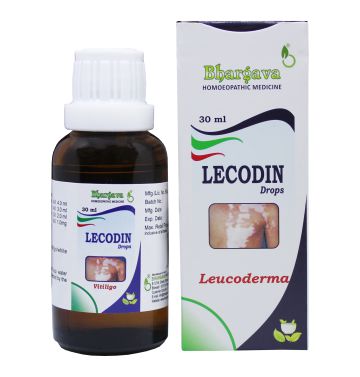 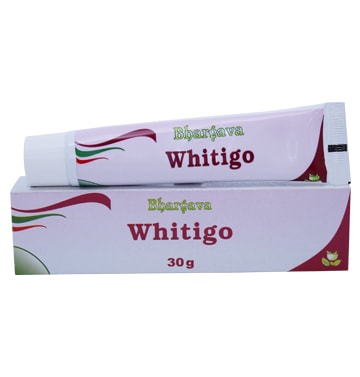 It is a long-term skin disorder in which pale white patches appear on the body. It is caused by a lack of Melanin, the pigment that has been scientifically proven to impart skin color.

White patches can occur at any part of the body, although it is more common on the face, neck and hands as well as in skin folds.

Because pale skin is more susceptible to sunburn, it is critical to take extra precautions and use sunscreen having high sun protection factor (SPF) such as Homeopathic Whitigo Cream under the sun.

Pigmentation on the skin in later life may result from allergic reactions within the body, or it may be due to an autoimmune system leading to the death of special types of cells known as Melanocytes in the body. Doctor Bhargava provides best white pigmentation treatment in homeopathy. These cells produce Melanin pigment, and in such cases, these are destroyed by the body's immune system itself.

White Spots are caused by a fungal infection medically known as Tinea Versicolor. This infection is not highly contagious and can easily be treated using medications from an experienced doctor. Homoeopathic white pigmentation medicine can also help you eliminate these white spots; however, a proper diagnosis from Doctor Bhargava can be even more effective.

The prominent symptoms of the disease are the appearance of pale white patches on different body areas. The most easily infected areas are:

Areas with previous Injuries:Areas having any mark of the wound in the early life are very much susceptible to the attack.

Areas exposed to the Sun: The areas that mostly remain under direct sunlight, such as the face and hands, are more susceptible.

Body folds: Body folds such as armpits are equally vulnerable to the appearance of the white patches.

Eyes and Hairs: Eyes and hairs have dominant patches as the symptoms of the disease. However, the hairs from the parts of infected patches become grey or white.

Genitals: Genital organs can also get affected due to the uncontrolled spreading of the infection in all of the other parts of the body. Among the other symptoms of the disorder can be stated as: Dryness of the Skin, itching on the Skin, Burning or tenderness, Redness and Swelling, followed by the Scaling of the Skin.

To find the cure to the problem, Doctor Bhargava has performed several experiments on the extracts of natural herbs. These extracts are 100% natural and risk-free. As a result of the practice of over 100 years, they have prepared the best homoeopathic medicine for white patches.

As a treatment and prevention, Doctor bhargava whitigo cream is the best white patch cream. It can work to prevent the infection from spreading in the early stages. However, if used in the later stage, it can be used as a healing remedy. It can also serve as a sun protection mask to prevent ultraviolet radiation from damaging the skin. In infected areas, these radiations can cause further damage by causing itching and redness and therefore, the infection may prolong.

Lecodin Minims acts as the best white pigmentation cream in homoeopathy. It is the most suitable remedy against white patches or white spots. Apart from treating the infection, this medicine also acts to prevent the itching and dryness of the infected areas due to which redness and scaling do not occur. This is why it has the most effective result as it prevents the infection from spreading.

These are white patch relief drops, and they can be applied to the patchy areas. Moreover, they are equally beneficial in drinking. Lecodin Drop  is the natural remedies of Doctor Bhargava with zero side effects.

Moreover, these drops have extra work against Leroy and scaly eruptions, treating the worst condition of white patches and spots.

Since the body's autoimmune system causes it, there is no specific prevention known yet. However, exposure to high sunlight during summers and contaminated environments such as work fields with chemicals can contribute to the signs of white patches. Such conditions need to be avoided to minimize the risk of the disease.

Apart from this, refraining from eczema can be a very important preventive measure against white patches, as prolonged eczema is also known to turn into white spots and patches in later life. Taking care of our skin by moisturizing it regularly and using certified soaps to avoid any allergy risk are the other forms of prevention.

Homoeopathic treatment for white patches and spots is the leading cure for such issues because it does not involve any surgery or costly operations. Rather it is a treatment method based on natural extracts which do not have a side effect even. So if you or anyone you know is suffering from such an infection, Doctor Bhargava can have the solution to your problem.