Malaria is caused when the mosquito infected with plasmodium parasite enters into your bloodstream after biting you. This is a life threatening disease as it may cause the infected cells within bloodstream to burst open within 48 to 72 hours after it enters.

Homeopathy has the best treatment for Malaria and Doctor Bhargava formulations are a result of techniques perfected over 100 years of practice. Some of the common symptoms of malaria are: high fever, nausea, anemia, vomiting, headache, muscle pain and sweating. If you are looking for the best Homeopathic Medicine for Malaria then Doctor Bhargava natural remedy provide you the best solution. 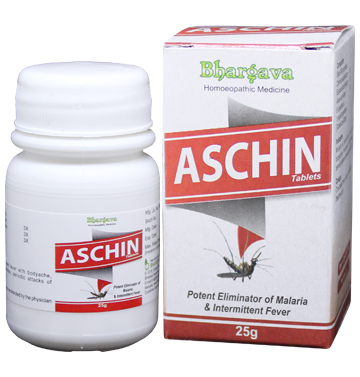 Malaria is a disease caused by Plasmodium parasites that get transmitted to humans through the bites of infected mosquitoes known as female Anopheles. Only female Anopheles mosquito carries the parasites and sends the infection to the person. Malaria is a life-threatening disease because the parasites in your body can damage the bloodstream by infecting red blood cells. Damage of red blood cells can lead to several issues like weakness, high fever, chills, loss of appetite, etc., and can also lead to some severe problems like damage to the liver and lungs. Now, avoiding the risk of malaria is easy and simple by using homeopathic medicine for malaria.

Right after being diagnosed with malaria, it is very much essential to start the treatment without delay. It is also necessary to choose the proper treatment which can cure you effectively without causing further issues. Some medicines can cause you side effects and can lead to other problems. So, it's better to choose the homeopathic treatment, which helps cure malaria entirely and effectively, without any side effects.

We all are aware of Malaria and how risky it can be if you delay the treatment. So, consult a doctor right after recognizing the symptoms on Doctor Bhargava. However, it has similar symptoms like flu and viral infections that can confuse you. But this confusion can lead you to understand malaria as it has so many different symptoms, and consulting a doctor for homeopathic treatment would be the right choice.