Period Bleeding is dark red blood during or after the menstrual cycle. This can be irregular and may be very heavy that may last for longer duration. Homeopathy has the best treatment for Periods Bleeding and Doctor Bhargava formulations are a result of techniques perfected over 100 years of practice. Some of the major reason for bleeding are hormonal, functional, medication use and structural changes. Other possible causes can be pregnancy, cigarette smoking, and trauma. If you are looking for the best Homeopathic Medicine for Periods Bleeding then Doctor Bhargava natural remedy provide you the best solution. 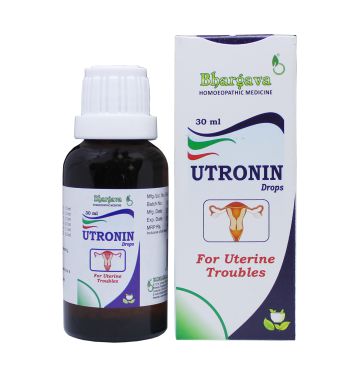 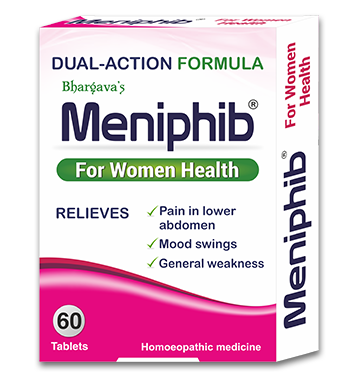 Women may experience heavy bleeding during the period, and it is often termed menorrhagia which is a medical condition that lasts for longer than usual and flow is abnormal. Heavy menstrual bleeding accompanied by cramping, spotting between periods, and required changing of pads every hour for several hours back-to-back. Menstrual bleeding that's so heavy that it interferes with your daily life is never normal. During heavy bleeding body loses enough blood cells and causes a condition called anemia which involves a lack of red blood cells. Your health provider can recommend treatments to manage heavy blood flow. For some women, however, bleeding may be excessively heavy or go on for longer than normal. Excessive menstrual bleeding treatment in homeopathy can be the best solution to deal with it which is reliable and safe.

The heavy period bleeding cause is not exactly identified as of now but there are several factors that may cause increased blood flow during menstruation, some of the known causes of abnormal uterine bleeding include:

Hormonal disorders: Hormonal disorders in which there is a low level of thyroxine and condition like polycystic ovarian syndrome (PCOS) can affect the menstrual cycle and lead to heavy bleeding.

Medication and Hormonal contraceptives:Medication hinders the clotting process of the blood, some medications like anticoagulants, phenothiazines, and tricyclic antidepressants. Oral contraceptive pills or injections used as a treatment for menopausal symptoms may lead to period bleeding.

Fibroids and Polyps: Tumours that develop inside the uterus and polyps which are small, stalk-like projections that grow out of the uterus lining may be associated with fibroids and can cause heavy bleeding.

Apart from several causes, there are various risk factors that depend upon the age and body type of females. In young girls, it is typically because of anovulation in the first year of their menstrual period, and in older age women it is due to uterine pathology, including fibroids, polyps, and adenomyosis.

Symptoms for the heavy period are quite noticeable where you need to change the standard pad every three to four hours which makes you very inconvenient and uncomfortable with restricted activities. Some of the other common symptoms are:

How to Prevent Period Bleeding

Changing lifestyle activities: During the heavy bleeding in the menstrual cycle, the body requires more energy to absorb the blood which is lost so taking proper rest is a must whenever possible as it helps the body not to get fatigued. Pain or also cramping is part of the heavy bleeding menstrual cycle which can be dealt with the use of a warm heating pad as it relaxes the muscles. The day-to-day normal physical exercise which may include yoga or meditation also helps physically, and mentally and reduce stress.

Hydration: Keeping your body hydrated is very important as the body loses enough water during heavy bleeding and water is necessary to maintain the body’s health and energy level.

Utronin Drops, Menoset Tablet is a homeopathic medicine for prolonged periods  by Doctor Bhargava and helps people suffering from excessive and abnormal period bleeding during their menstrual cycle. This homeopathy treatment for heavy periods is a safe and reliable method without any side effects.