A Blocked Nose can create a lot of discomfort, as one may not be able to breathe properly due to blocked nasal passages. It can be a temporary problem or may remain for longer duration. Homeopathy has the best treatment for Blocked Nose and Doctor Bhargava formulations are a result of techniques perfected over 100 years of practice. The major cause of a stuffy nose is common cold, which may also lead to sore throat and cough. If you are looking for the best Homeopathic Medicine for Blocked nose then Doctor Bhargava natural remedy provide you the best solution. 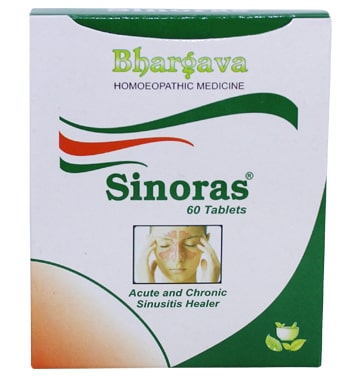 A blocked nose is sometimes referred to as a stuffy or congested nose which occurs when the tissue lining is swelled due to inflamed blood vessels and causes a blockage to the flow of air in and out of the nose. Due to the nasal congestion, it is quite difficult to breathe simply and the person might feel tired and just plain dreary. Whereas the runny nose which is termed often rhinorrhea has symptoms like a watery, clear liquid, but can be a thicker and viscous discharge from the nasal passage caused by inflammation of your nasal tissues, colder outdoor temperatures, a cold, flu, or allergies. If in nasal discharge excess mucus runs down to the back of your throat it may cause a cough or sore throat. Our nose produces mucus every day in our nasal cavity tissue and the function of mucus is to moisten the air we breathe, which keeps dust, pollen, and bacteria out of our lungs.

Some of the common root cause of blocked nose and runny nose is viral infections, allergies, the flu, and other viral infections like a respiratory syncytial virus. Sinus infections can also cause a blocked nose and runny nose where cells of the lining produce excessive mucus which collects in the back of the nose or throat. Some other causes of a stuffy or runny nose include environmental factors, eating spicy foods, exposure to smoke, hormonal changes, and certain medications. Usually, the congestion typically goes away within a week by itself.

Sometimes, irritation or inflammation in the nasal passage can lead to increased mucus production. When this happens, excess mucus can drain or drip from the nose. Some other factors involve in having a blocked nose and runny nose are:

Most often people suffering from blocked noses experience nasal congestion or continuous sniffling or mouth breathing which causes them to have difficulty focusing on their day-to-day activities. A runny nose is a symptom of many conditions, and it is characterized by mucus draining or dripping from the nostril.

Some other common symptoms are

How to Prevent Blocked Nose

Usually, there is no exact cure for nasal congestion, which is caused by a cold or flu, it is good to treat the symptoms so that nasal congestion goes away while your body gets rids itself from the viral. Some other preventive actions include homeopathic remedies for blocked noses including keeping nasal passages and sinuses moist to prevent further irritation. Some methods to keep nasal passages moist by using a humidifier or vaporizer. Adding moisture into the air can prevent your nose from drying out and stuffiness. You can also linger in a hot shower or put your face over a bowl of hot water covering your head to loosen the mucus in your nose. Another method is by drinking lots of fluids which keeps mucus thin and supports your immune system.

Cory C Drop, Sinoras tablet is a homeopathic medicine for cold and blocked nose by Doctor Bhargava and greatly helps people suffering from blocked noses. This homeopathy medicine is very safe to prevent blocked nose and throat without any side effects.