Diabetes is a disease in which the person may experience excessive thirst, intensive hunger, weight loss, weight gain, irritability, blurred vision, frequent urination and cuts that don't heal properly or quickly. Homeopathy has the best treatment for Diabetes and Doctor Bhargava formulations are a result of techniques perfected over 100 years of practice. The person suffering from Diabetes has high blood sugar which may be because of the inadequate insulin production or body cells do not respond to insulin properly, or both. If you are looking for the best Homeopathic Medicine for Diabetes then Doctor Bhargava natural remedy provide you the best solution. 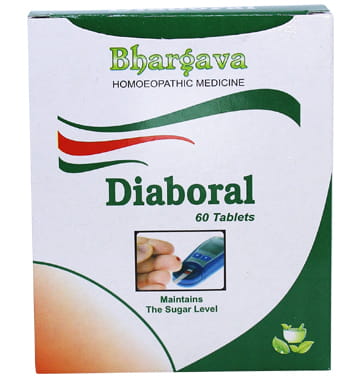 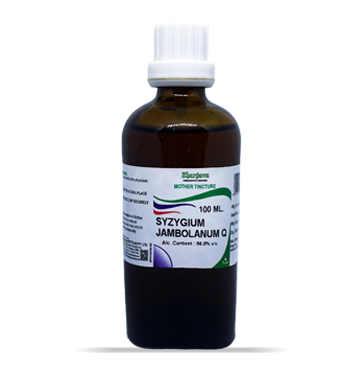 Diabetes is a condition where your blood glucose, also called blood sugar increases in the bloodstream, blood glucose is usually the main source of energy that comes from the food we eat, and Insulin, a hormone made by the pancreas which helps glucose from food get into the cells to be used for energy. It is a lifelong condition in which problems with insulin production occurs and it leads to diabetes. Diabetes can affect anyone irrespective of their age. People suffering from diabetes choose allopathy medicine for a quick result but simply taking such medicine does not help control the blood sugar level. But homeopathic remedies for diabetes can be quite beneficial in treating diabetes in the long run.

There could be various reasons for diabetes, and this can be of different types and in different stages when diagnosed. Different causes are associated with each type of diabetes along with its symptoms described below.

Type 1 Diabetes: This is an auto-immune disease in which the immune system attacks and destroys cells in the pancreas where the production of insulin takes place. The cause of this action usually affects the autoimmune system of a small percentage of people.

Type 2 Diabetes: This type of diabetes happens due to the combination of genetics and a person’s lifestyle. People who are obese or overweight have a high risk of having type 2 diabetes, as extra fat on the belly resists the effect of insulin produced by the body that causes increased sugar levels in the blood. This commonly runs in families.

Prediabetes: This type of diabetes occurs when blood sugar is higher than the normal range, but it’s not high enough for a diagnosis of type 2 diabetes.

Gestational Diabetes: This type of diabetes occurs during pregnancy and blood sugar rises significantly. This is caused by the insulin-blocking hormones produced by the placenta. During the pregnancy hormone produced by the placenta make pregnant women’s cells less sensitive to the effect of insulin. Pregnant women with overweight are likely to get gestational diabetes. This condition usually has no symptoms but is detected during the routine blood sugar test or oral glucose tolerance test during the 24th to 28th week of gestation.

How to Prevent Diabetes:

One can take prevention care to avoid diabetes depending on the type of diabetes he or she is diagnosed with. some of the preventive methods are described below for the different types of diabetes.

Type 1 diabetes is not preventable as it is caused by the immune system.

Prediabetes and type 2 diabetes can be prevented by

These are not the only way to prevent diabetes you can prevent more strategies that will help you to avoid such chronic disease and use Doctor Bhargava homeopathic remedies for diabetes.

Diabetes is a common disease nowadays for all ages, though there is no need to worry as it can be treated with the best homeopathic medicine i.e., Doctor Bhargava’s Diaboral Tablet. This homeopathic medicine for sugar help treats diabetes in safe and efficient way without any side effects.